I am so so excited to finally show you Addison’s Pink Lemonade Party! I had so much fun with this theme and Addison had a blast. Mission Accomplished! 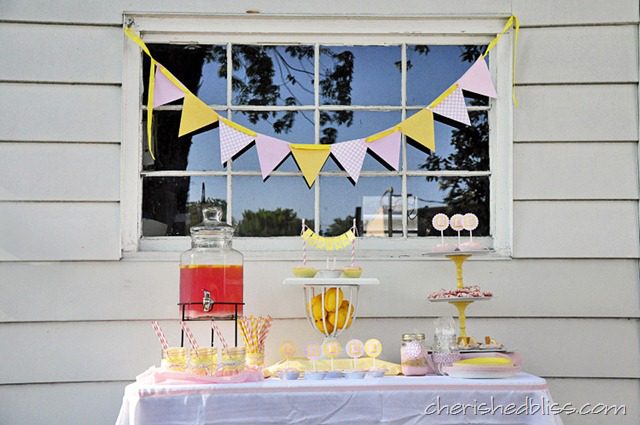 So prepare for photo overload! I took over 200 pictures. I was so afraid the kids would devour the desserts and I would have missed a shot! I think I got them all : ) 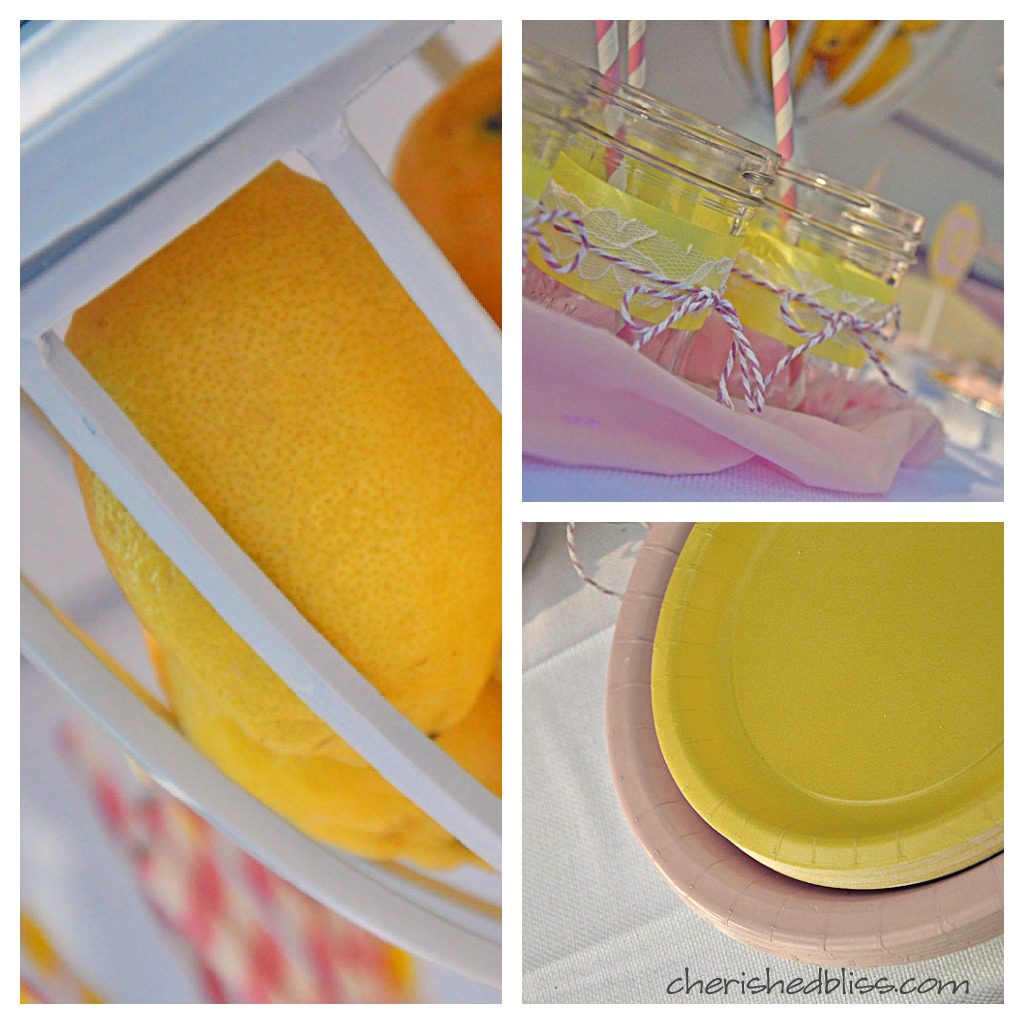 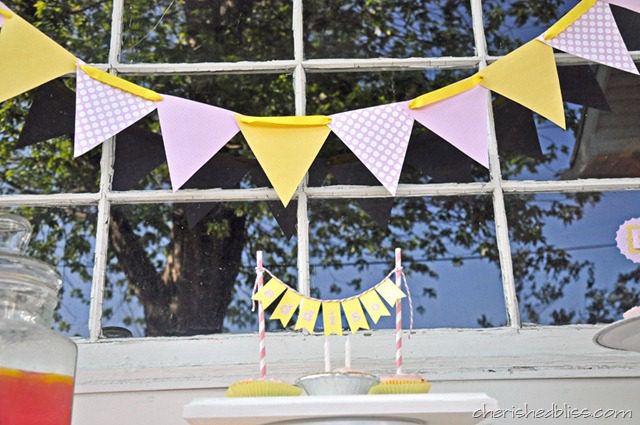 The little mini banner just made me giggle.. you know how I have a love for all things mini : ) 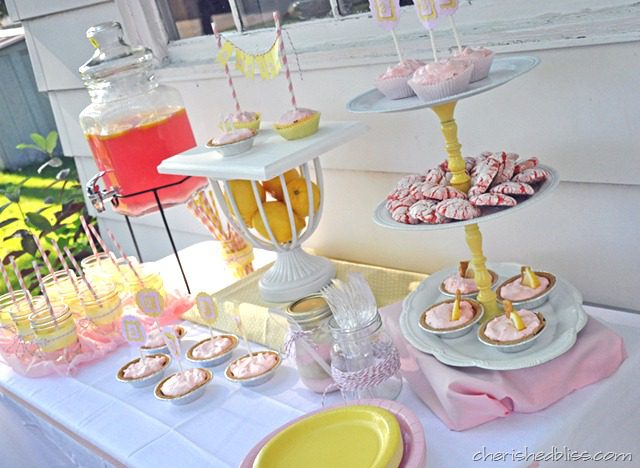 {Tiered Dessert Stand Tutorial} this is a super easy and cheap way to add some customized color and decor to your party! Paint it any color you want! 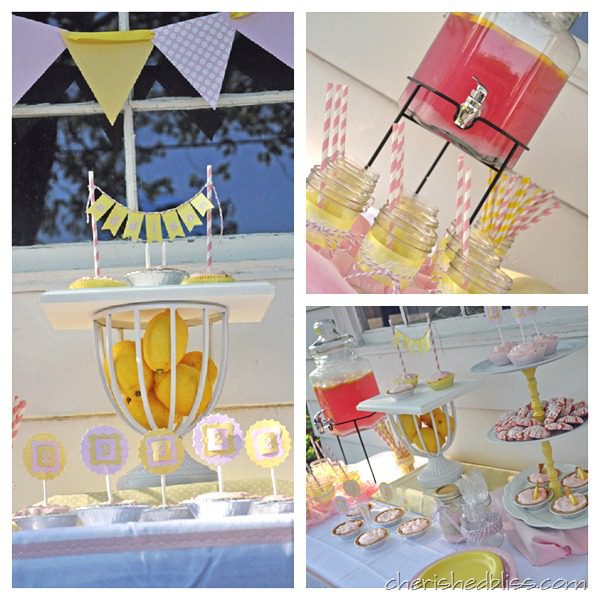 {Mason Jar Tutorial} I have to say, drinking out of mason jars just kind of adds a little something special to the party. I let all the kids drink from them no matter how old they were, if they broke it, it was worth it to watch them drink out of the “real glasses” so cute! 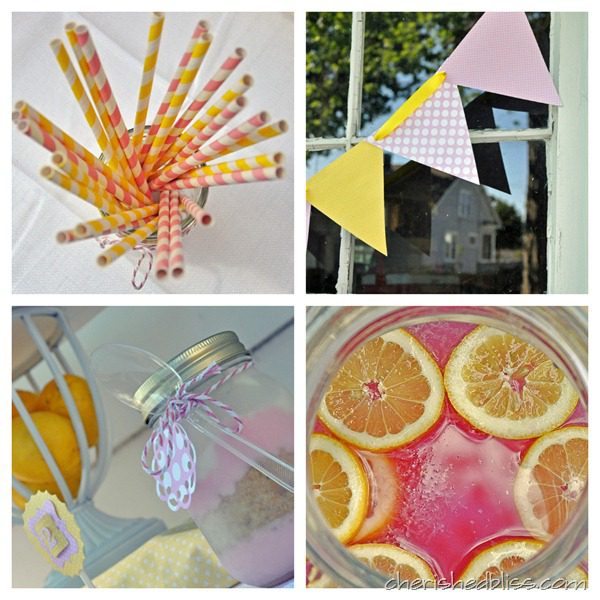 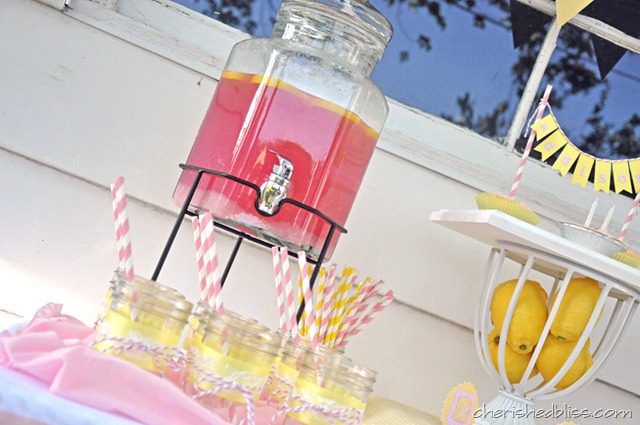 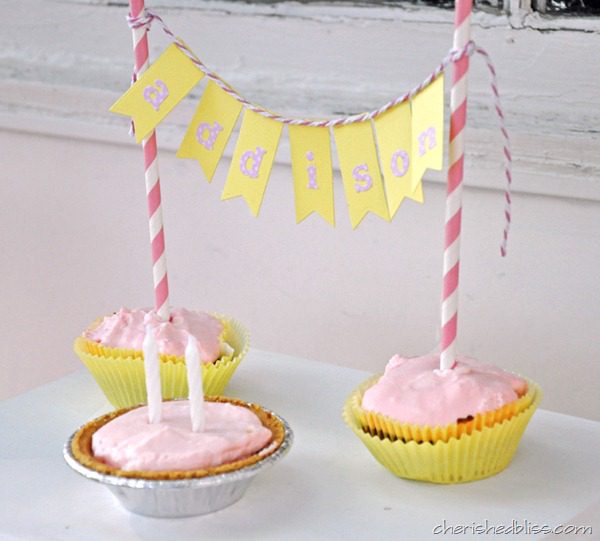 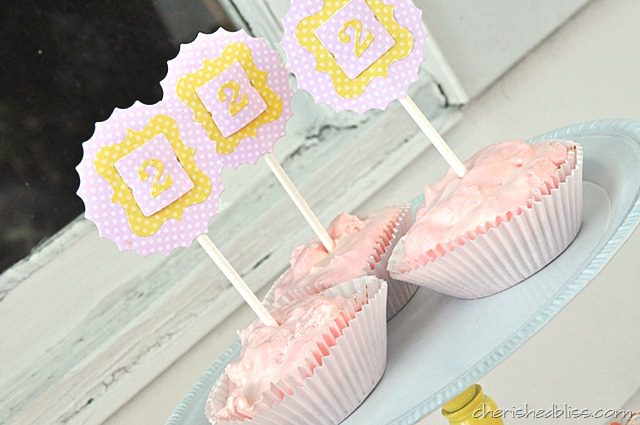 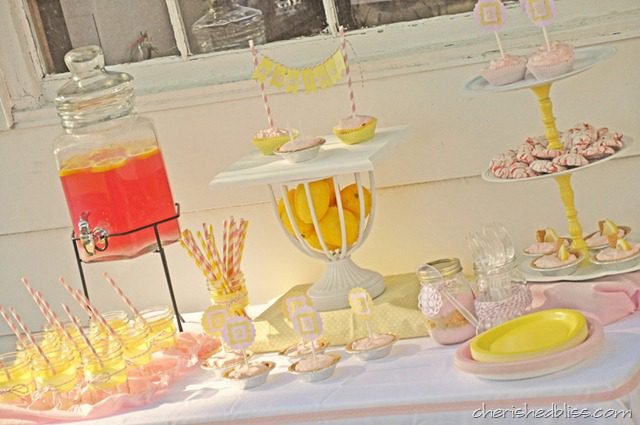 Can you find the washi tape?! I love that stuff! 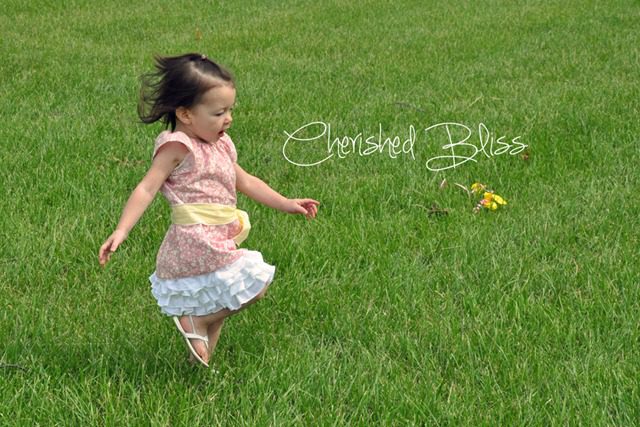 and the Crown she wouldn’t wear – I should have known this from last year, but I had to try again; ) 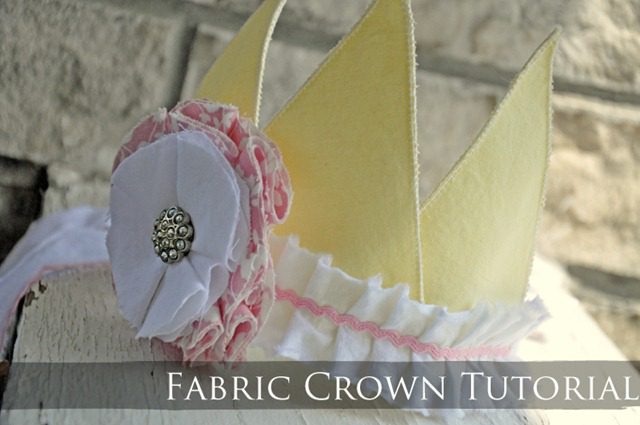 I hope you love her Pink Lemonade Party as much as I do! : )

All in all, it was an awesome Birthday Party!