Who doesn’t need a travel lego box?
Ok… so maybe not everyone needs one, but my sister’s little boy sure did because he has a slight OBSESSION with legos!! So I made one for him and one for Aubrey. Poor kid’s birthday was at the beginning of August and I just sent it to him, better late than never right? Since we don’t live by my sister anymore the boys talk on skype , it seriously has to be the cutest thing when they actually sit there and talk to each other. Most of the time they end up playing wii while the other watches or Aubrey will run around and leave his poor cousin sitting in front of his computer patiently waiting. There is NOTHING patient about Aubrey : ) Maybe having their lego box at hand will help. 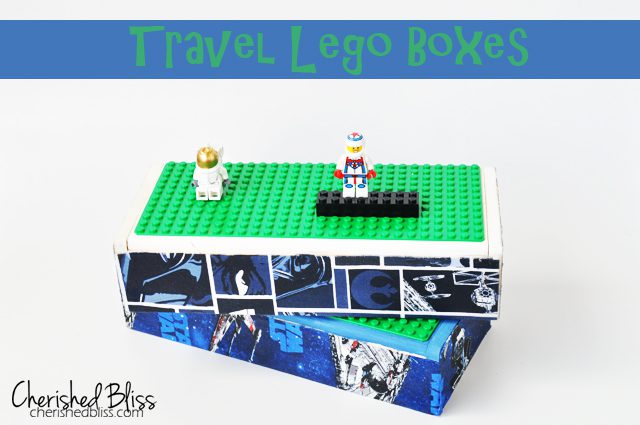 When I saw this lego box on Finely and Oliver I knew I had to make this for my sister’s boy!  She has an awesome tutorial over on her blog so make sure to go check that out! 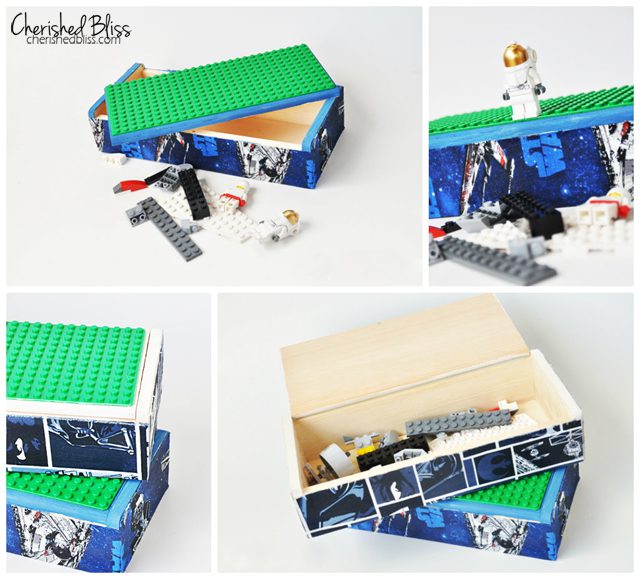 These have to be the funnest little boxes ever! I did a few things different so I’ll give you a rundown on what exactly I did, but for the basic tutorial you can check out the tutorial I linked to above.

– I used a flip top box from Hobby Lobby (it was only a few dollars)
– I modge podged some Star Wars Fabric onto these boxes because the boys are obsessed with Star Wars! 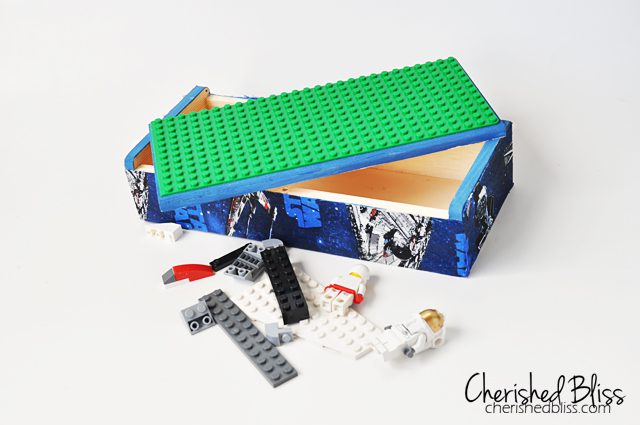 The box above is Aubrey’s. He already broke the lid. Let’s be honest.. pegs smaller than a toothpick weren’t going to last long in his hands! But it still works great, his lid just comes off and there isn’t anything poking out to hurt him… it’s almost as if it were never attached. 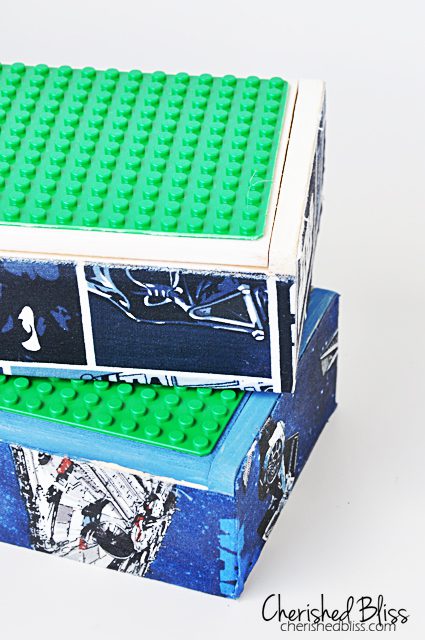 If you notice, I did paint the lids and the sides where I didn’t cover the box with fabric… it just made it a little prettier : ) 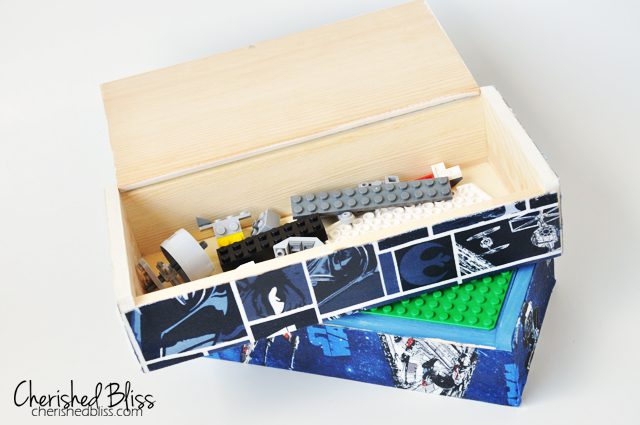 It holds plenty of legos and I can’t wait until Liam gets his so I can so the boys play with their travel lego box on skype. My plan is that it will keep them busy for hours! Might help my sister out, not sure I’m so lucky though! 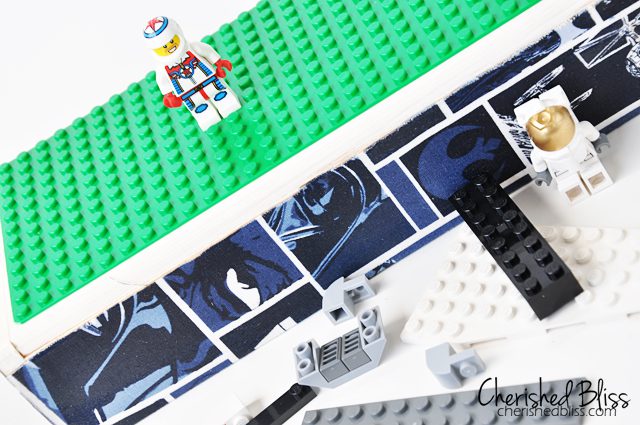 I think the funnest part of this whole project though was letting Aubrey pick out the fabrics. We went to the fabric store and I laid out all the “superhero” fabrics for him and he picked his fabric, his cousins fabric, and was so proud of himself all the way through the store…. because we all know how much mama loves the fabric store and he got to help this time!! 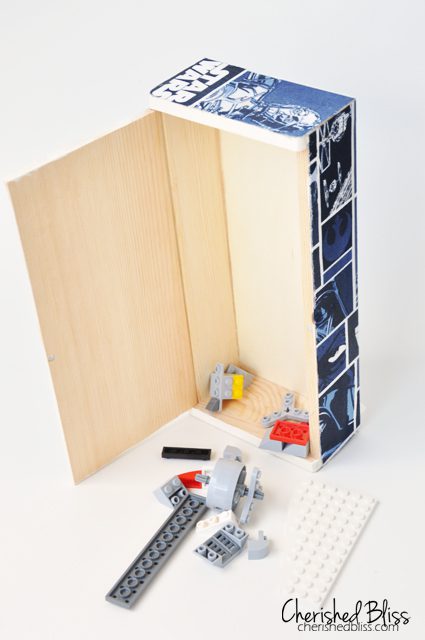 What would your little boy put in his lego box? Do your kids just build random things like mine… or are they like Liam and know exactly which legos build which toys? 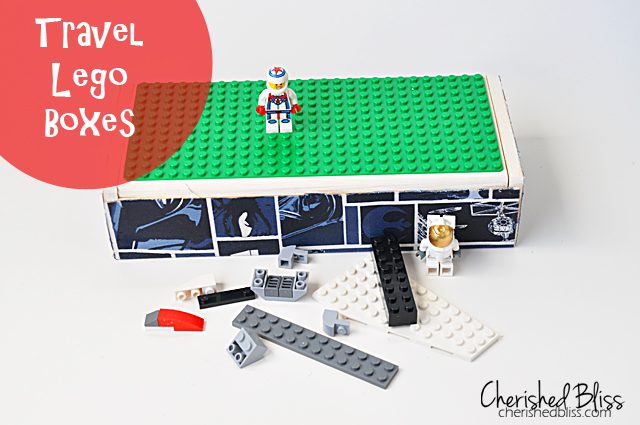