Hey Everyone!! You might have missed my announcememnt on Facebook, but I am in a sewing competition, The Sew Off over at Nap Time Crafters.
This week’s theme is Children’s Clothing. You can vote for your two favorites cause we all know how hard it is to pick sometimes! 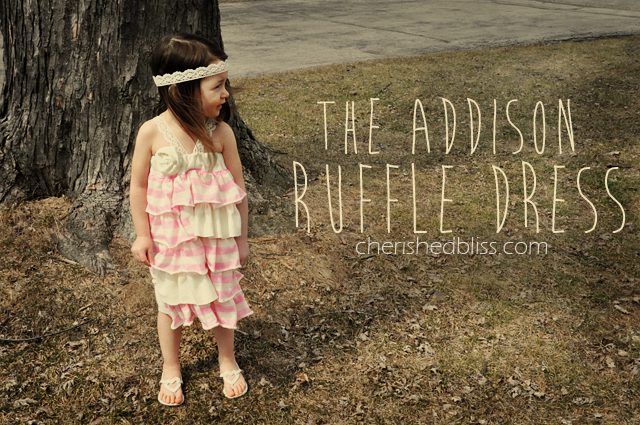 Addison was such a champ, it was 40-45 degrees outside. We ran, I snapped a bunch of pictures and we ran back inside… I think we had it done in two minutes flat! haha…. although I think she was pretty excited about being outside without her jacket on finally! 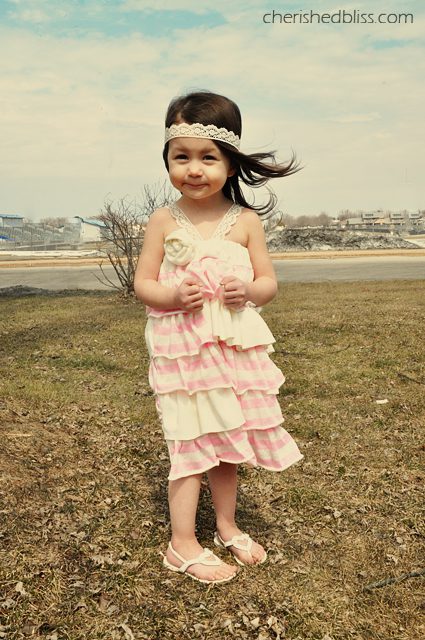 This was her adorable shiver face!

The dress itself was pretty easy to make. It is essentially just a tube with ruffles. I added the lace ribbon on for the straps, and a little fabric flower for a delicate touch. I was actually supposed to be sharing the tutorial for these flowers, but it has been so nice outside we have been a little busy. Next week though, I promise! The dress is made entirely out of knits so all the ends are unfinished (which I love!) I also pieced together some of the ruffles with the lining fabric. 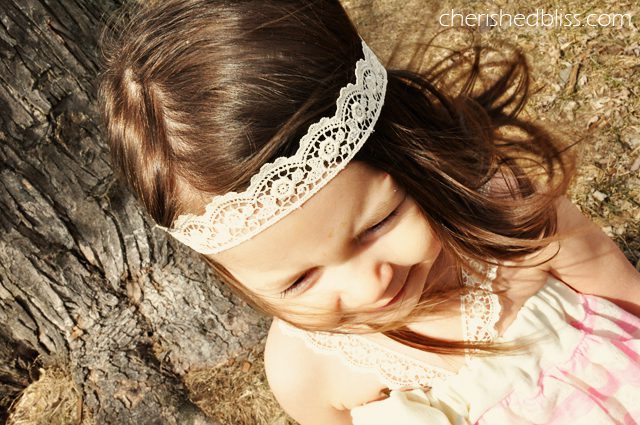 The Lace Headband was actually her idea. I was measuring for the straps and she kept taking it from me and putting it up to her head saying, “it’s my crown mommy” So obviously she needed a crown. I love how it turned out with her hair and the overall look though. She has an eye!

Ok, so one more look at all the pictures and then you can go vote ; ) 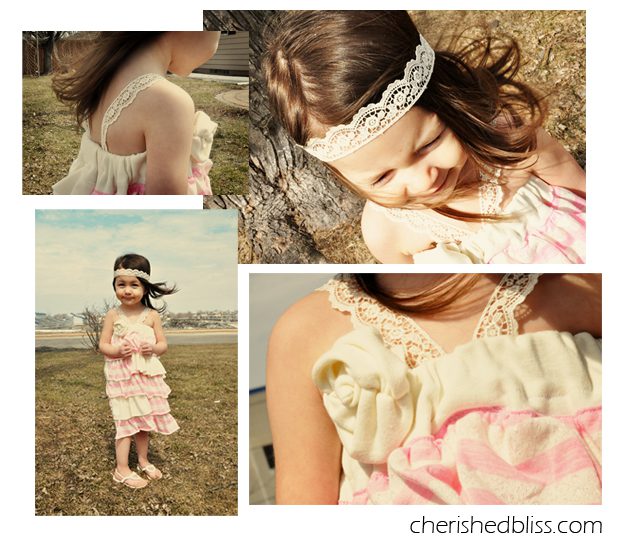